Why Is English the Global Language?

We are at a point and time in history where we are capable of global communication with as little effort as possible. Whether it’s through email, text messaging, instant messaging, phone calls, social networks or even travel, communicating with someone from across the planet has never been easier. This is due to the one common element that’s ubiquitous across all modes of communication. The English language. But how did we get here? How did this language take over the globe and become the shortest distance between almost any two cultures worldwide?

The English are coming!

“The sun never sets on the British Empire.” This old saying serves to show how vast the British Empire once was. It spanned a quarter of the globe covering territories from India all the way to the United States. And wherever the Empire went, they took the English language with them. The British sailors, soldiers, missionaries and traders spread the language and established it as the language of commerce and business. Then the language spread to the American colonies making it the most prevailing language in the land.

The Founding Fathers of the United States found that English was the most common language in North America at their time, and therefore needed to be reinforced (there were also colonies that spoke French or Dutch). They mandated that the language be taught in all private and public institutions including homes. Some States in the Union even went as far as banning the teaching of any other language whether in public or in private. It wasn’t until 1923 that the Supreme court abolished such laws.
As the United States grew in power and prestige, especially after winning both world wars, it began to engage in commerce and business with the rest of the world. Building upon the foundations laid out by the British Empire, the English language became the dominant language of business and education.

The global trade network that was set by the British Empire, and the East India Trading company to be exact, set the foundations for the English language as the businessman’s language of choice. These foundations were further strengthened by the United States’ global expansion. This has pushed global business education to be taught in English. In fact, universities worldwide offer the majority of their business degrees in English.
Another major influence for the choice of language was the fact that most scientific and technical terminology was based in the English language. The wide-reaching nature of the language means that people all over the world can engage with it. Nowadays, most research papers are written in English regardless of the country of origin. Even the great scientists of the Renaissance period turned to the English language to publish some of their works. Mostly the works that conflicted with the church’s teachings. It was viewed as a noble language; one that is used by the renegades and the rebellious. It was the language of Shakespeare and Newton, who defied the norms and teachings of the day to bring forth great masterpieces in science and literature.

The language of Shakespeare, arguably the greatest writer of all time, became the go-to language for beauty and poetry. It is the language with the greatest number of synonyms, which allows a level of expression simply not available in most other languages. In fact the complete Oxford English dictionary has over 650,000 words compiled into 20 volumes and it is still not enough. It is a language of continuous growth with over 8500 words added to it on a yearly basis.
This is not to mention the gigantic success of Hollywood movies that have taken the world by storm. Even the music industry has helped expand the reaches of the language to the furthest corners of the globe, with cultural hits like The Beatles, Queen, and Michael Jackson reaching unprecedented global fame.

Despite the popular belief that the ease of the language is the reason behind its global acceptance, history says otherwise. Being able to speak English is a doorway to opportunity all over the world. Simply speaking, it’s the language of business and as such has become a necessity in our modern global community. An interesting statistic from the UN shows that 85% of its participant nations have listed English as one of their languages of preference. If that isn’t a global language, I honestly don’t know what is. 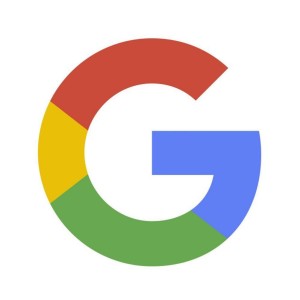